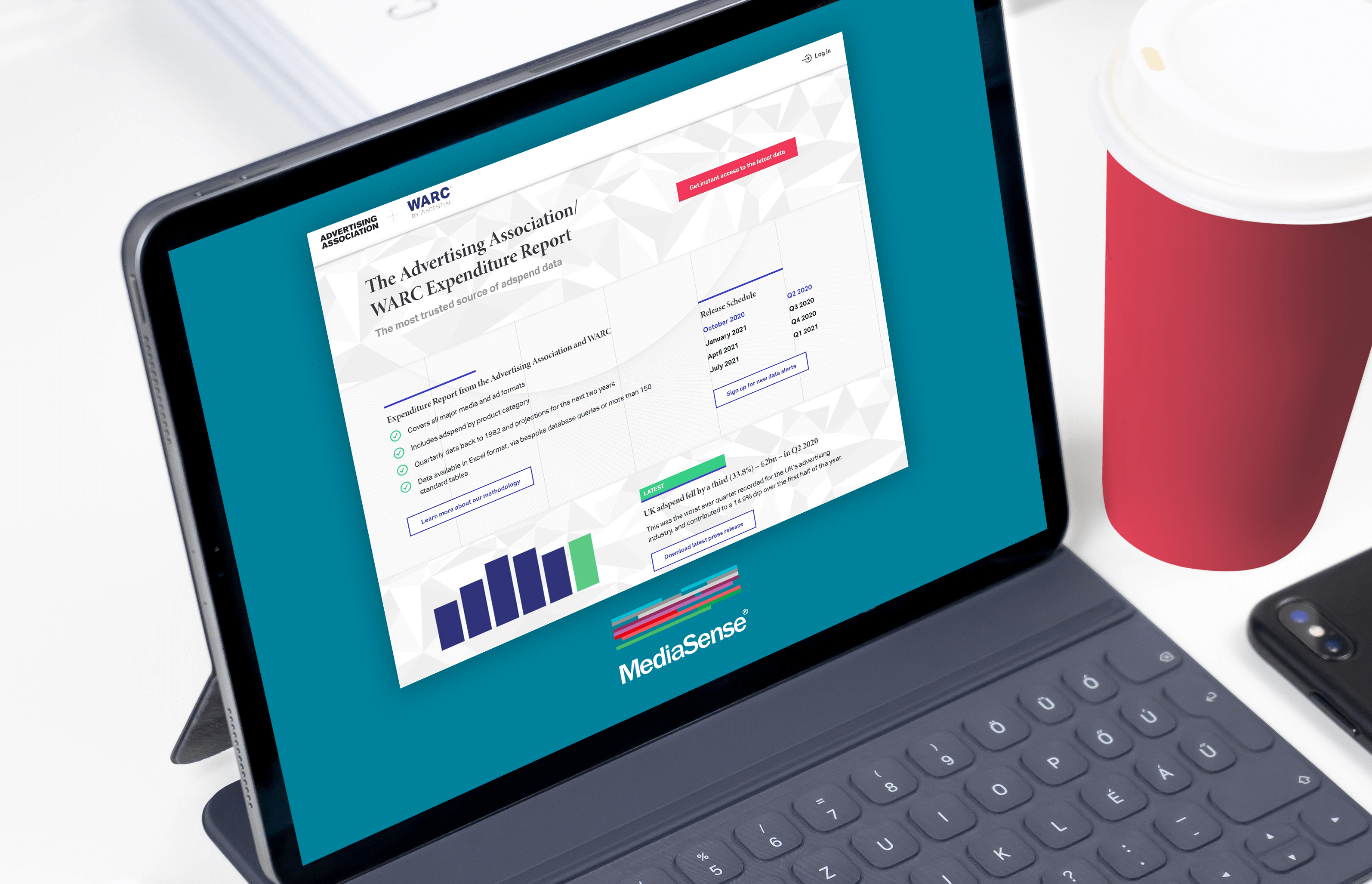 2020 has been an ‘annus horribilis’ for all; viewed from an economic, social or (and most pertinently) healthcare perspective. For marketers 2020 has posed immense challenges wherever they sit within the advertising ecosystem with the vast majority paring back budgets and rebuilding campaigns in line with the new backdrop.

The latest AA / WARC expenditure estimates offer little immediate respite. Q2 & Q3 2020 were confirmed as the worst periods on record with a 34% and 18% investment fall respectively, by contrast in 2009 the overall market fell by ‘a mere’ 10%.

Estimates for Q4 have taken a hit as the growing uncertainty around; government policy, consumer buying behaviours / confidence, and a new-found acceptance that an immediate ‘V shaped recovery’ is ever less likely.

However the profile of spending cuts has changed markedly in Q4, TV which across H1 suffered more than most is expected to remain static at -2.7% (a near normal figure). Other offline media continue to suffer more precipitous declines; OOH down by a fifth and radio at -13%, with cinema unsurprisingly the worst of all at -66%.

It is likely that advertisers are re-distributing investment towards TV and digital, and away from these channels as they face the prospect of uncertain lockdown behaviours and the added concern over ‘using or losing’ deferred TV budgets. In many cases advertisers faced no penalties for deferments from Q2 2020 to later in the year (the continuation of 4 week booking deadlines from ITV and C4 may have also played a small part in the relative over-performance affording advertisers more flexibility).

Digital channels are also not immune with search facing a large reduction in investment levels from Q3 onwards as previously stable categories are down.

Finally the outlook for 2021…the good news is their will be a recovery of some sort. The latest WARC estimate now places a likely position of +14%, however the scale of this improvement continues to depend on two ‘silver bullets’. First the delivery of safe and effective vaccines that allow a return to more typical public behaviours and / or the delivery of mass testing at scale.

While COVID has increased the pace of change of consumer behaviour and subsequent business models we expect that within the ad marketplace the already observed patterns remain true, major media owners with a compelling proposition (ecommerce, audience scale or cross-platform capability) will continue to benefit at the expense of smaller scale media channels and vendors. Also as the industry looks for efficiencies (trading and operational), concentrating spend is likely to be prioritised.

In either instance 2021 is unlikely to offer the same pain as this year, but how quickly we emerge into growth remains to be seen.