How safe is your digital supply-chain now? 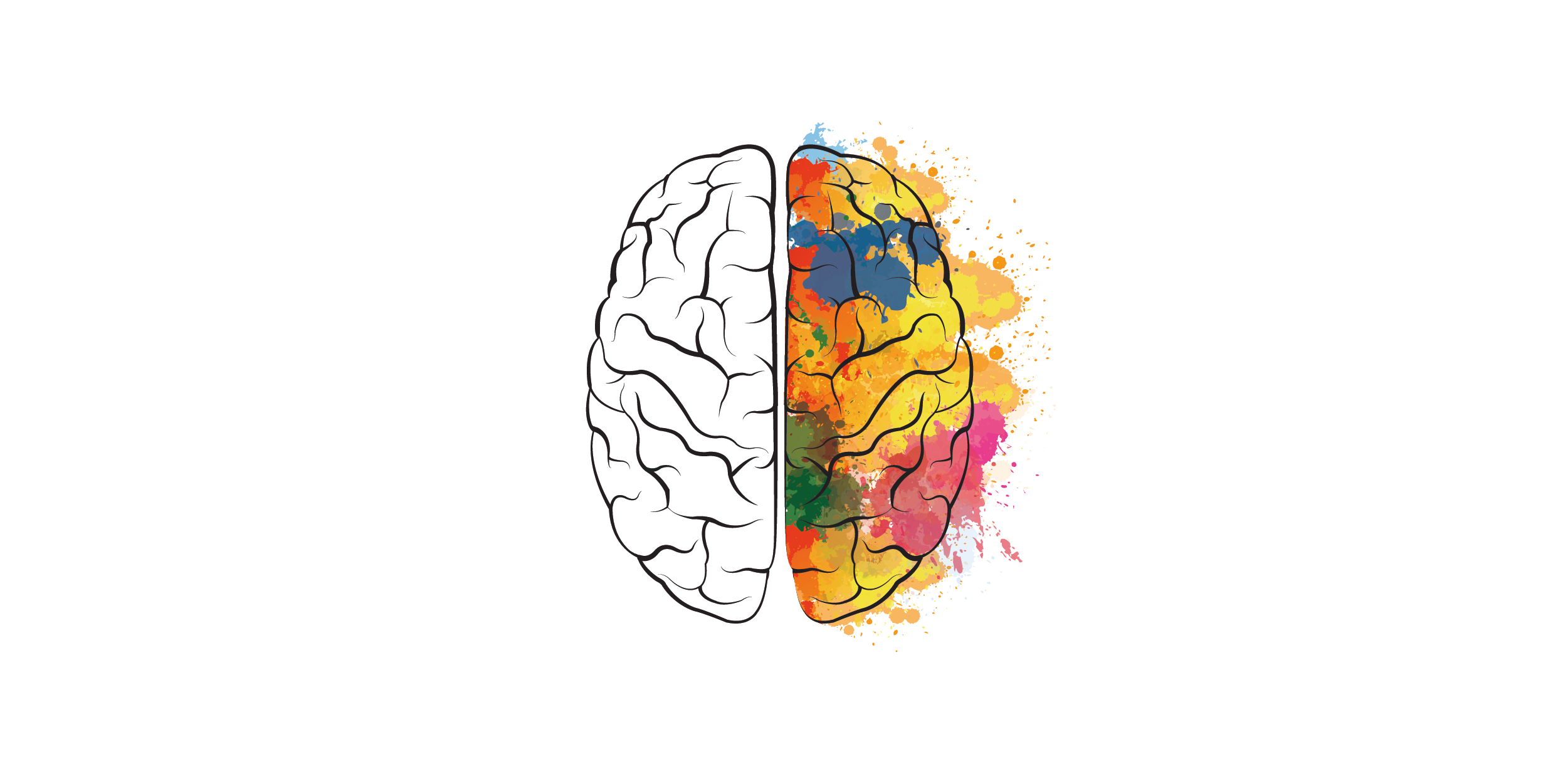 When Marc Pritchard made his ‘better advertising, enabled by media transparency’ speech at the beginning of 2017, he described the digital media supply-chain as: “murky at best and fraudulent at worst”, citing an “exponential increase in crap”.  The tone of the speech was clear; P&G had had enough and wanted change, not just within their own business but the industry as a whole.

The clear ‘call to action’ for advertisers was based around P&Gs own objectives for 2017:

One year later, to what extent has his call to action been adopted and what changes have we seen in the market?

The most noticeable omission from Mr Pritchard’s speech was that of brand safety, arguably the biggest news story of 2017. The issue came to the fore in early February with The Times’ ‘Big brands fund terror’ story, highlighting that many major advertisers were appearing next to inappropriate content.
The article demonstrated that brand safety isn’t just an issue associated with programmatic inventory, but also within the trusted environments they appear. The fallout saw a number of advertisers and agency groups suspend their investment with YouTube.

February also saw a flurry of partnerships between verification providers and publishers with the likes of Google and AOL keen to demonstrate their willingness to implement accredited third-party measurement systems.

In May, the IAB introduced the ads.txt initiative, enabling publishers to declare publicly which sellers are authorised to sell their inventory. This was particularly timely given the ANA report of the same month which estimated that ad-fraud caused losses of $6.5B in 2016.

June saw a number of announcements from agency groups around disclosure of costs and improvements to supply chain transparency, with Havas claiming to “track every penny” through a real-time portal.

In August, GroupM announced an update to their viewability standards which they defined as – ‘100% of the pixels in a display ad are in view; and for video, 100% of the video must be viewable for 50% of its duration’ –  a move that was supported by a number of key clients, including Unilever.

At DMEXCO in September, Marc Pritchard announced that “the fog has begun to clear…’ although in November a second Times exposé again revealed inappropriate content appearing on YouTube. Google’s reaction was to create a ‘brand safety enforcement team’ of over 10K people to help police its users content.

In December it was reported that independent media agencies were on the rise, with advertisers favouring the transparent contracts offered to them.
[quote inline blue]A year of challenges[/quote]
Looking more closely at the progress made in the four areas Pritchard pinpointed in his speech, how has the industry addressed the issues raised, and where do challenges remain?

The majority of advertisers already track and monitor viewability according to MRC standards.  GroupM’s revised definition is positive in many respects, demanding greater quality inventory from publishers, but at the same time moves the industry away from a common definition.

The topic of viewability is further muddied by the multitude of channels, formats and platforms utilised across digital media. Whilst standard display media on desktop may offer consistent viewability data and importantly ‘more to measure’ (the number of impressions that can be analysed for viewability), Mobile in-app inventory will not pass back viewability data.
Publisher adoption also remains a challenge. For example, the UK Broadcast VOD market won’t currently permit viewability tracking, limiting any advertiser’s ability to properly track and optimise their campaigns.

Whilst there are areas for improvement, viewability is now a critical KPI, informing campaign managers of the quality of inventory and providing an additional optimisation layer. We are seeing ad-tech providers incorporating viewability into their algorithms and agencies developing conversion models based on in-view impression data.

The use of accredited 3rd party measurement systems was already commonplace before the start of 2017, however, the focus on, and the application of the data collected by these platforms was minimal.
The furore caused by the ‘Brands Fund Terror’ article made advertisers reassess their existing relationships and review not only which technology they use, but more specifically how it was implemented. In many cases, advertisers were unsure of the type of protection in place (Blocking or Monitoring) and how much of their investment was protected.

There was a confidence prior to 2017 that if an ad-verification system was in place then all digital media investment was protected, tracked and measured – as was repeatedly demonstrated in 2017, this was not the case.  Now, advertisers are developing their own brand safety guidelines and policies to help govern media investment and mitigate the risk of exposure to inappropriate content.

There is also a greater focus on the data and analytics provided by these systems. Whereas previously brand safety and other verification measures were seen as ‘campaign hygiene’, an analytical approach provides valuable insight into the quality of inventory and enables advertisers to remove the bad players.

Agency contracts and the “murky supply-chain” was a key theme of Mr Pritchard’s speech and is something that advertisers have embraced and put at the heart of their digital acceleration strategies. As agency contracts are renewed, clients have demanded greater supply-chain transparency with a particular focus on programmatic technology and data.

We have seen a shift away from the traditional ‘black box’ Agency Trading Desk solutions to fully disclosed models via self-service platforms. Clients are demanding access to these platforms, providing both financial transparency and data disclosure – the only real way to ensure systems are being utilised in the most effective way.

Data governance, particularly relating to first- and third-party data usage, is also critical.  With GDPR compliance a key focus for 2018, advertisers require full exposure of data across their programmatic ecosystem.

We are seeing clients developing data maps and taxonomy structures that allow them to identify all data used and its flow through the supply-chain.

The focus on transparency has also led to positive changes with control of programmatic budgets moving from agency trading groups back into the agency operating companies. This provides greater control for the agency who are no longer reliant on a team of people often found in a separate building.

The final challenge was the prevention of ad fraud. At the time of his speech, Pritchard referenced a commitment to work only with TAG (Trustworthy Accountability Group) certified suppliers. Since this time, the Ads.txt initiative has been launched, and, although take-up amongst publishers has been slow, it is another step to help prevent fraud.

Of the four actions this is probably the lowest down the list of priorities for advertisers, and, whilst most are tracking fraud levels across their digital media campaigns there is less focus on this area.  Part of the reason for this is that industry average fraud levels are typically reported as low (<1%). However, as the discovery of the HyphBot network demonstrated, it is difficult to detect fraudulent bot traffic. At its peak, HyphBot was generating up to 1.5 billion requests each day across 34,000 domains, including premium publishers.

The scale of the HyphBot operation has given a clear indication that agencies must do more to combat ad fraud on behalf of their clients, and the first step is to work more closely with their technology partners in order to identify fraud and other suspicious traffic.

The four actions laid out in Marc Pritchard’s speech have galvanised marketers and provided focus. In the last year we have seen viewability become central to the management and optimisation of campaigns, brand safety measurement made a priority by CMOs and the programmatic supply-chain gradually become more transparent, with ad fraud remaining a key challenge that needs to be addressed. The industry is still at the start of its journey, and until greater disclosure is given, even more challenges will surface for brands to tackle.

Who owns viewability, verification and programmatic?

Marc Pritchard: One year on (INFOGRAPHIC)