WFA Report – The State of Advertising 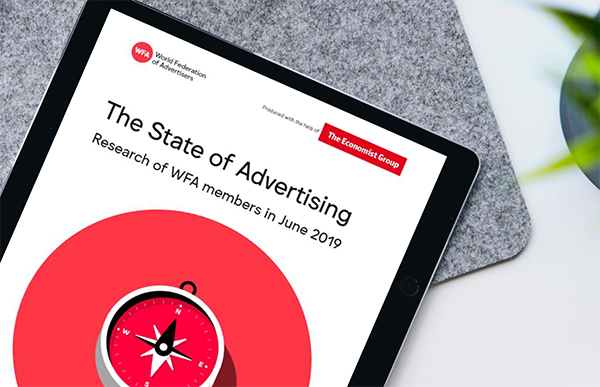 On June 18th The WFA released The State of Advertising report with the headline ‘Performance wins advertiser confidence as awareness gains mixed reviews’. The report revealed that while 30% of respondents believe effectiveness of performance has “increased dramatically” over the last five years, just 8% said the same for the top of the funnel.

Overall, 72% of respondents said lower purchase funnel messages had improved on effectiveness over the last five years but only 43% said the same about ‘top funnel’ performance and 37% of those questioned said effectiveness had declined.

Despite the above statistics, most advertisers are continuing to focus their investment on awareness. Spend is focused on ‘top of the funnel’ activities for most respondents, with 55% saying most of their investment was going on activity designed to promote brand awareness. Thirty-one per cent were investing evenly between awareness and lower funnel performance with 7% investing mostly in performance messages and channels.

Future priorities included areas currently attracting a lot of advertiser attention – IOT, Voice, VR, AR. The three-year timeline highlighted the ongoing importance of data and programmatic as well as the rising importance of influencer marketing. Fifty percent of respondents said data was an area that would increase significantly, with programmatic in second, scoring 27% on the same measure and influencer marketing attracting support from 11%.

Echoing MediaSense’s recent Media 2020 & Beyond report which identified in-sourcing as a minority pursuit and the need to review internal set up and structure before in-housing, the report sees global advertisers rejecting the current hysteria around  the move to in-housing. They cited only one area where they would in-house more than outsource, for low-cost, fast creative executions. Other areas likely to be affected by in-housing included short-form content marketing and influencer marketing.

Report respondents highlighted their vision for the next five years:

The full report is available via the WFA website.

Driving Brand Awareness Through Out of Home Advertising