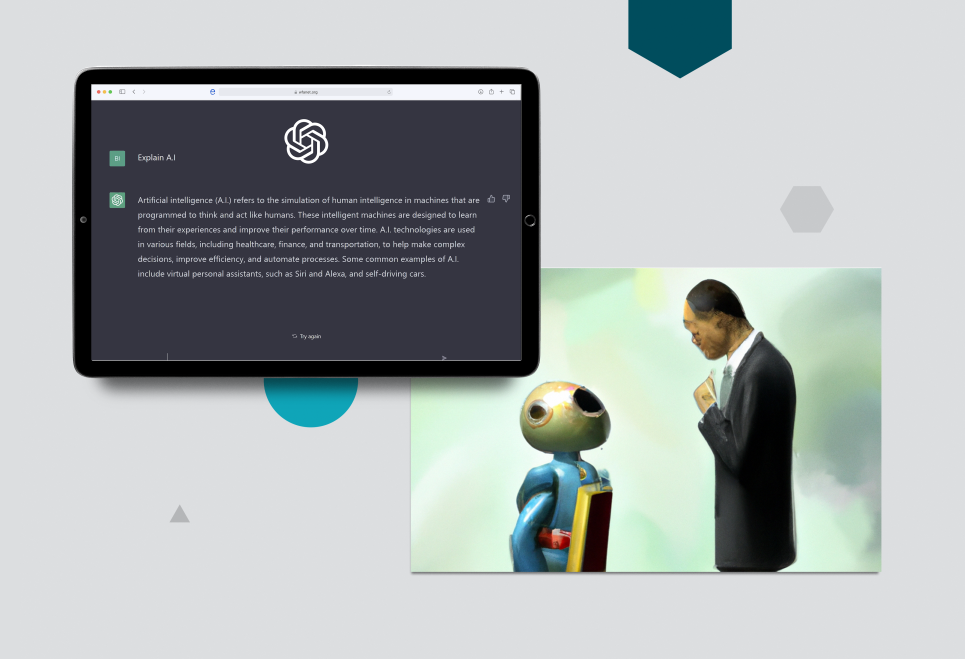 ChatGPT was recently released in a research preview by OpenAI, an artificial intelligence research lab founded by Elon Musk, Sam Altman and others. OpenAI’s most well-known AI projects are DALL-E, an AI model that can generate original images from language descriptions and the GPT series of models which ChatGPT is a part of.

ChatGPT is a type of deep learning model trained using about 45 TB of text data from sources such as crawled web page data and popular web pages as voted on by the Reddit community. It is designed to answer search queries by predicting the next word in a sequence of text.

ChatGPT builds on the concept of GPT-3 by introducing reinforcement learning from human feedback. By putting a human in the loop of the training process, the idea is to make the models safer, more accurate and reduce harmful sentiments. You can try ChatGPT for yourself here and help in the training process!

One Million Users in a Week!

ChatGPT was released in public preview on November 30 and quickly generated buzz on social media with some wonderful applications!

Following widespread reaction, you can start to appreciate why ChatGPT is so ground-breaking. Chatbots of other forms have been around for some time now but they are much more limited by the types of inputs they can receive, the responses they output and the quality of those responses. ChatGPT on the other hand can provide detailed and credible responses from a wide variety of user inputs.

On social media, people have been using it as a type of advanced search engine or personal assistant. Rather than using Google for your question, you can just ask ChatGPT and get a detailed answer!

However, this is (not yet) the Google killer that some might claim it to be.

Although ChatGPT generates plausible responses and can be correct, it is also often confidently incorrect. So much so that Stack Overflow, the popular QA site for coders has placed a temporary ban on reposting answers to coding questions generated by ChatGPT.

OpenAI themselves have also acknowledged its limitations including:

The power and insight of ChatGPT is clear but it is still very much a research project not yet in a state where it’s ready for mass adoption and application building.

What is the Impact for Brands?

In its current state, brands can use ChatGPT to boost productivity primarily in three ways:

As an insight tool, it can effectively act as an advanced search engine which can allow brands to quickly learn about new trends or behaviours

As a brainstorming tool, proposals, project scopes and strategies can be formulated quicker.

For development, ChatGPT can essentially act as a virtual pair programmer, spinning up boilerplate code and helping with bugs. OpenAI has also been involved in Github Copilot which focuses on suggesting/writing code in a real development environment. ChatGPT on the other hand provides an extra way for developers to be more productive in a question-answer format.

These are just a few of the immediate applications but only time will tell how quickly ChatGPT develops and what users will build using it!

Wishing our Colleagues, Clients & Partners a Merry Christmas and a Happy New Year