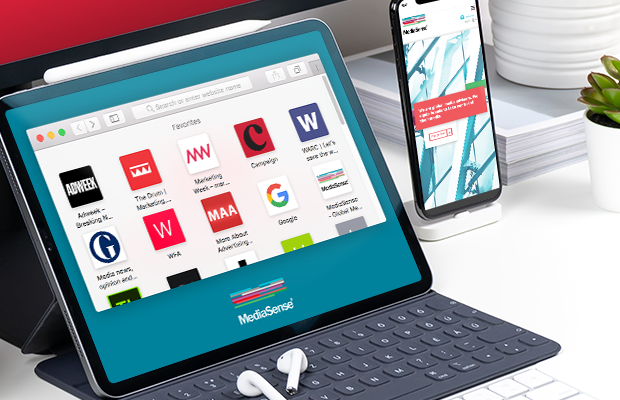 MediaSense Analysts Ben Parnall and Anita Barnett round up the key stories in media and marketing.

Q4 of 2019 marked a milestone as more than half of UK homes now hold a subscription to at least one of Netflix, Prime Video or Now TV (SVODs biggest UK players). Prime Video grew faster than other SVOD service in the UK as competition continues to grow, with lots more SVoD services launching shortly like Disney+.

Further reading via The Guardian.

After the recent move from Google to remove cookies from their Chrome browser, they have now announced that they will be blocking “disruptive” ads as well as reviewing their own websites like YouTube for compliance. This seems a welcome move for consumers who will hopefully see a reduction in ads, like mid-rolls. This will hopefully give consumers a more positive brand perception when watching online ads.

Keyword exclusion lists in programmatic buying are proving problematic – designed to tell automated digital advertising models not to place brands’ ads alongside ‘harmful content’. The exclusion lists flag certain words to avoid content linked to political opinion, violence and offensive material. However, exclusion lists also flag words even if the context for the use of the word is positive or negative, like ‘gay’ for instance. This has inadvertently diverted media spend from credible publications in the LGBTQ community, like The Advocate and Out, according to WPP’s Mindshare.

Uber has revealed Uber OOH, its own digital out-of-home advertising platform in partnership with Adonmi and Lyft has acquired New York and Chicago-based rooftop advertising firm Halo Cars. Rooftop advertising ads are geo-fenced, are tracked and served in real-time, and can be activated on an array of variables such as weather, time, and location. Both brands are looking to generate some much-needed ancillary revenue.

With over 700,000 podcasts on its platform, Spotify’s monetization and investment into podcasting hangs on growing its stable of original content. That number is now set to grow as Spotify looks to closes its acquisition of The Ringer, an inventory of popular podcasts.

As print circulation continues to decline year on year the print industry is facing fierce competition with online news outlets. This month the figures for FY19 magazine circulation were announced with many losers and a few notable winners like Private Eye who were up 3% YoY.

Building a Better Ad Ecosystem: Transformation and Measurement Top of the Agenda